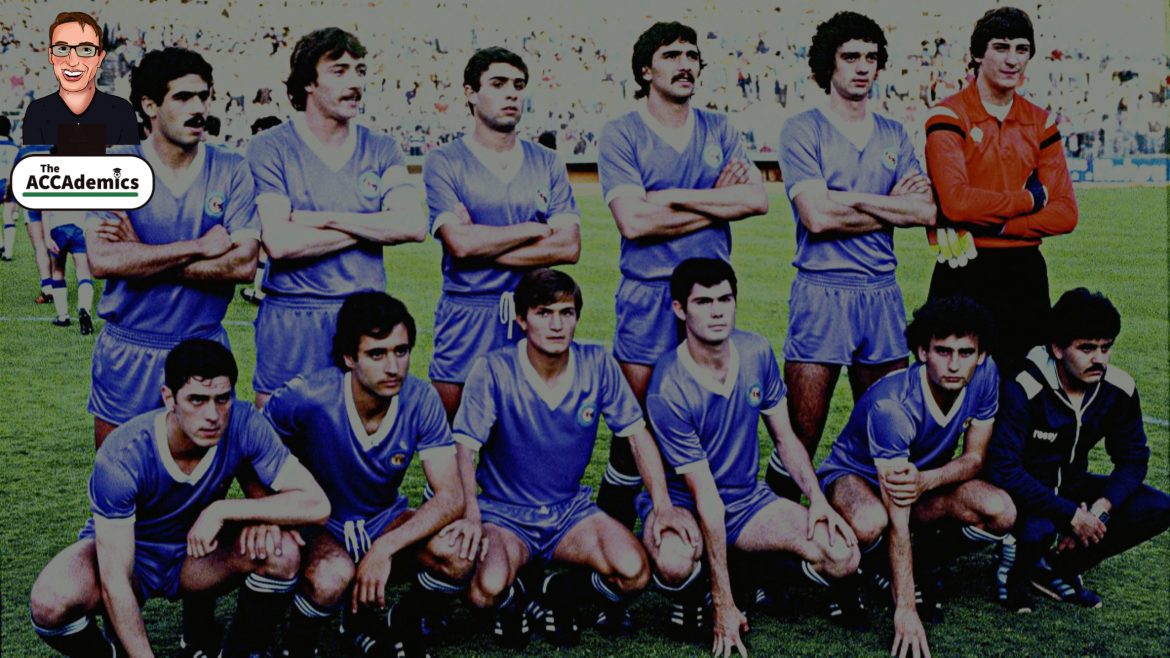 Savage takes us back through the Spanish football archives as we revisit a one-of-a-kind Copa del Rey final from 1980.

A Nursery For Talent

Ordinarily a cup final in which one team wins 6-1 wouldn’t rank among the all-time classic encounters, especially when the victors were one of the most decorated teams in football history. However, the 1980 Copa del Rey final was no ordinary game. This match featured two teams competing as Real Madrid.

Castilla Club de Fútbol as they were known back then were the official Real Madrid ‘B’ team. Originally founded as Agrupación Deportiva Plus Ultra in 1930, they agreed to become the official feeder club for Los Blancos in 1948.

For five decades, Castilla have nurtured some of the most outstanding footballing talents Spain has ever produced. However, their crowning glory came in 1980 when the unthinkable happened. A ‘B’ team reached the final of the Copa del Rey. There was only ever one opponent that would ensure their appearance in the ultimate fixture was truly remarkable. Unfortunately, for the Castilla players, their opposition on 04 June 1980 had just claimed their 20th La Liga title and had the small matter of 6 European cups clogging up their trophy cabinet.

Castilla In The Copa

Unlike Hollywood underdog stories, the final was one step too far for these plucky upstarts as they were comfortably picked apart in the decider. It might be expected that for Castilla to get to the Copa del Rey showpiece they must have gotten a lucky draw along the way but that was not the case. In fact, it was quite the opposite. They had to face Athletic Bilbao, Real Sociedad and Sporting de Gijón who finished 7th, 2nd and 3rd respectively in 1979/80 La Liga standings. It would have been extraordinary enough in itself for the Castilla side to overcome these teams in one off fixtures, but every leg of the Copa (except the final) was played over two legs. This should have suited the bigger clubs as they would be expected to triumph against a team composed of under-23 players over 180 minutes.

Despite losing the first leg of both the quarter- and semi-finals the Madrid team were ultimately able to secure the necessary result to bring them through. Most notable was the 4-1 trouncing of Sporting de Gijón to progress 4-3 on aggregate.

The Real Madrid ‘A’ team had a much less entertaining path the final. They didn’t even enter the competition until the round of 16 at which point their final opponents had already played 8 fixtures. They first dispatched CD Logrones from the Segunda División B 5-2 on aggregate. Then they went on to beat Real Betis by winning the first leg 2-1 and drawing the second 1-1. Their semi-final, against their familiar rivals Atlético was the only nervy encounter. A 0-0 draw at the Vincente Calderón was followed by a 1-1 draw at the Bernabéu. Ultimately, Real were victorious after they came out 4-3 winners on penalties.

The final was unsurprisingly held in the Bernabéu. Real took control of the match after 20 minutes through a Juanito goal and never really looked back from there. Santillana added a second before half-time which further diminished what little hope Castilla had going into the second 45. Things went from bad to worse for the reserve side as goals from Sabido and, future Los Blancos manager, Vincente Del Bosque meant the deficit was 4 just after the hour mark.

Castilla kept plugging away and finally got their reward when Ricardo Álvarez found the back of the net. It felt only right that they scored at least once against their legendary counterparts. The senior side had been content to see the game out to prevent further misery for their reserves. However, the concession of the goal sparked them into life once more. García Hernández came off the bench to get himself on the scoresheet before Juanito bagged his brace from the penalty spot on 89 minutes.

It must have been quite a sight for the on-looking crowd to see both teams celebrating with the trophy after the final whistle. But in truth nobody could really be sad when win or lose, Real Madrid were bringing the trophy upstairs to their burgeoning cabinet of silverware. Castilla’s astonishing cup run was built on a team composed of equal parts youthful exuberance and attacking flair. Their thrilling escapades on the field provided just the tonic for the Spanish public who was still recovering from nearly 40 years of dictatorial rule. The young Castilla team’s joie de vivre was positively infectious and was reflected by the crowds that gathered to watch their outrageous cup run.

Never To Be Seen Again

The disappointing denouement to this footballing fairy-tale is that a repeat of the 1980 Copa del Rey final can never happen again. A rule change by the Spanish Football Federation in 1990 prevented ‘B’ teams from entering the competition which means Castilla will never again have the chance to meet their first team counterparts in a competitive fixture. At least they will always have the memory of 1980.

If you have a soft spot for Spanish football make sure to check out Savage’s weekly La Liga Lowdown or follow the author on Twitter.