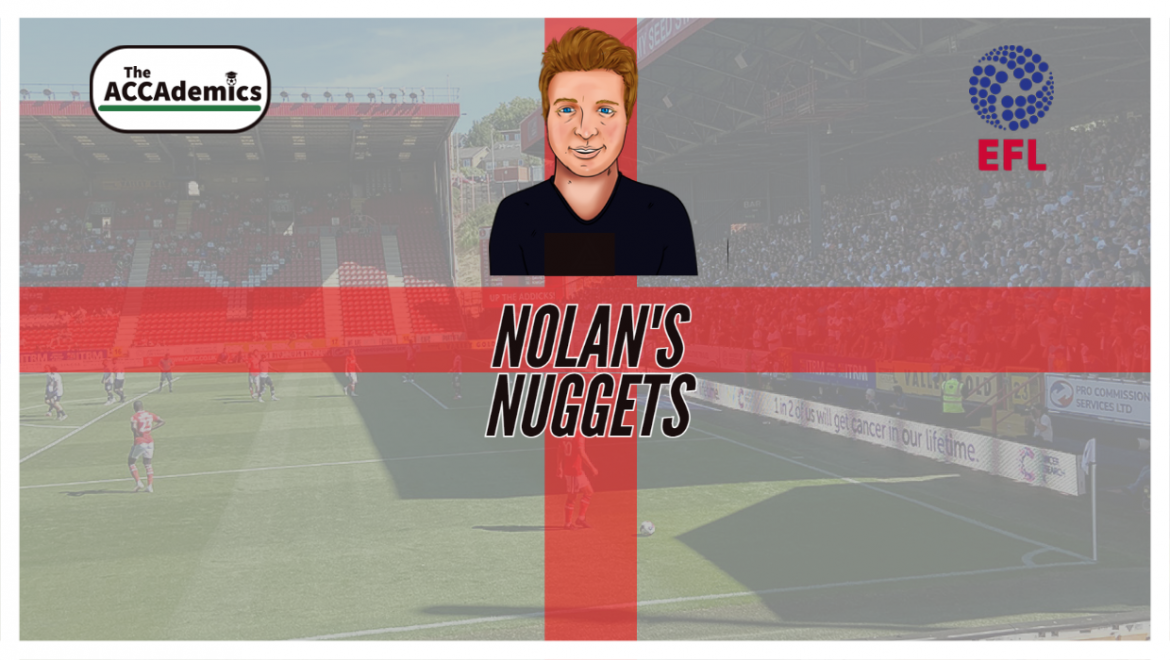 After an enforced break Gaz is back with a 39/1 accumulator and he thinks Orient will add a touch of spice.

The passing of Her Majesty The Queen caused havoc with fixtures throughout all levels of English Football but things have settled and there’s a full schedule to get stuck into this weekend.

Luton’s success over the last number of years has been based around home form but so far this season they haven’t clicked at Kenilworth Road. The Hatters are yet to win at home, a run of six matches if you include their EFL Cup defeat at the hands of Newport County. A rather odd stat for Luton is that despite having two league wins to their name, they’re yet to win in England this season (both victories have been in Wales versus Cardiff & Swansea).

I really fancied Blackburn last weekend and although we’ll never know how that bet would have panned out, I still think they’re a side that are being underestimated by the Bookmakers. Results wise Rovers have been blowing hot and cold (W5, D0, L4) but at least two of their losses would’ve left Jon Dahl Tomasson scratching his head given his sides dominance. Tuesday’s 2-0 victory over Watford moves Rovers up to third place in the table and they’ll be looking to continue that upward trajectory here. Bradley Dack is getting back to full fitness after a long spell out with injury and with the transfer window closed the like of Ben Diaz can fully focus on Rovers. At 9/4 a Blackburn win is too big to ignore.

If Derby thought League One would be a walk in the park, they have had a rude awakening. The Rams currently sit 13th and come into this game after back-to-back defeats. It’s too early to panic but Liam Rosenior must be looking over his shoulder given the resources at his disposal. The main problem for Derby has been scoring goals. In each game they’re dominating possession and creating scoring opportunities, but the lack of conversion has cost them dearly. Wycombe are a decent side and are unbeaten in their last 4 league games (W2, D2, L0). Ultimately Derby should have too much, and I think this could be the match to kick-start their season. At Evens they look a decent bet.

Both of these sides have had a similar problems in that they are drawing far too many games. Fleetwood ended a run of 5 straight league draws when they picked up all three points in mid-week away at Peterborough. The Cod Army will look to kick on from that result but they face a decent Charlton side in this tie.

The Addicks have been going through a mixed run of form with a frustrating pattern appearing. The South East Londoners come out of the traps fast taking early leads only to concede late on and share the spoils. Given these sides look so evenly match the draw sticks out at 23/10 and that’s my bet for this one.

Walsall come into this game without a win in their last 6 league matches (W0, D3, L3) and face a tough task against the current table-toppers. Leyton Orient have been impressive thus far conceding 0.5 goals per game while scoring 1.85 on average. Those stats see them unbeaten through 8 games with a perfect 4/4 record at Brisbane Road. Given the contrasting form I would have expected The O’s to be priced at around the 4/7 mark which makes the 17/20 on offer very attractive. A home win is my bet of the weekend.