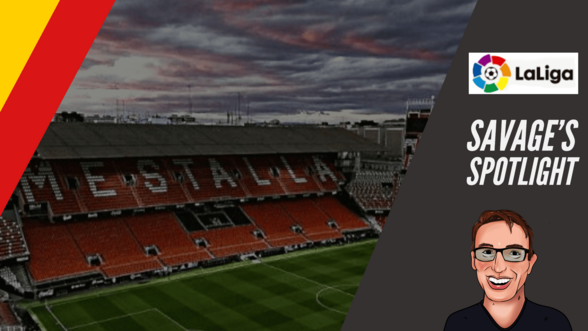 Savage gives us his thoughts on the pick of the matches in Spain’s Primera División and as some early heavyweight clashes top the bill. Athletic have back-to-back home matches to start this campaign but a grinding 0-0 draw with Mallorca will not have gotten the home fans’ pulses racing just yet. Having been much the better team they we kept at bay by a terrific goalkeeping display by Rajkovic which saw Mallorca claim a valuable point on the road. Despite starting with a W last week Valencia are at already at risk of becoming overly reliant on Carlos Soler following the departure of his strike partner Guedes to Wolves. No other Valencia player registered a shot on target in the victory over new boys Girona. The front three could get short shrift from Los Leones’ defence. These two sides could not be separated last season with draws in Bilbao and Valencia. Neither side set the world alight in the first round the same could be likely here.

Bets: Athletic and U2.5 Match Goals

Atleti were ruthless in dispatching their city rivals last weekend and Morata bagged a brace to announce his return to the side. Simeone must have wondered where it all went wrong as his side returned numerous turgid displays last season. If Madrid are to challenge at the top this time around the Argentine will need to coax more consistency from his big name players. Joao Felix registered three assists against Getafe having managed just 4 in the previous campaign. Just like their hosts, Villarreal also started their season with 3-0 drubbing of Valladolid. Another returning loanee Aléx Baena also netted two in his first outing. Two 2-2 draws with 90+ minute equalisers last season provided plenty of entertainment. Goals should be on display again this weekend.

Neither of these two sides exactly set the world alight on the opening weekend but Sociedad at least managed to take home the W. Los Txuri-Urdin were not inundated with goals last season scoring just 40 across 38 fixtures. With Mikel Oyarzabal side-lined with injury for some time yet his teammates will need to come up with some goals and fast. Barcelona are still trying to complete the registration of Jules Kounde who could potentially feature this weekend. One of the other new big names Lewandowski will need to be significantly less wasteful in front of goal if he is to warrant the fanfare surrounding his arrival. It is unlikely that he will go too many more games without scoring and his name on the scoresheet here would ease his side toward victory.