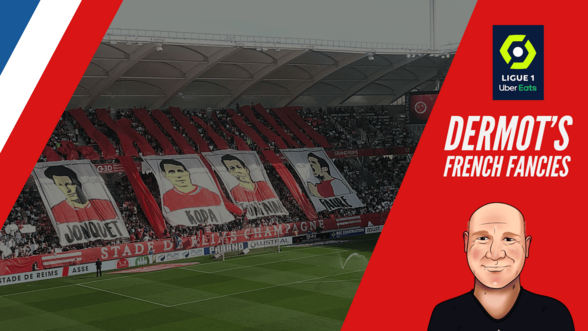 Even with a reduced fixture list, Ligue 1 still produced an average of 3.11 goals per game last week. PSG continued their strong start, scoring 5 for the 2nd week in a row. They travel to the French Flanders to take on Lille to close out week 3. Rennes and Strasbourg will fancy their chances of securing  their 1st win of the season. The former are one of the feature matches in this weeks 11/2 treble.

The home side will come into this the fresher of the two sides. Lyon’s game at Lorient was cancelled last week after the local side’s pitch was damaged by a midweek concert. They looked to be having a comfortable opening day victory over Ajaccio until Anthony Lopes 27th minute red card. The attacking power of this OL side whilst playing at the Groupama is never a worry. Peter Bosz tactic’s creating uncertainty in defence will be Lyon’s main issue in any game whilst he is in charge.

Troyes were only one of 3 teams to not score from the 18 that played last weekend. Given that they were at home to newly promoted Toulouse, a trip to France’s 2nd city couldn’t come at worse time. Les Violets had 3 shots on target and scored with them all. Gallon hasn’t been inspiring behind a defence that has arguably created 5 unnecessary errors for 6 of the goals they’ve conceded in the opening two weeks. Lyon could really cut loose in this one and wide margin victory is the expectation.

The early game Sunday will see last season’s 6th place Strasbourg try to ignite their 2022/23 campaign. After opening the season hosting Monaco (1-2) and away to Nice (1-1), Le Racing will be eyeing the visit of an out of sorts Reims as good spot for their first victory. Want away star striker Ludovic Ajorque will need to impress if he is to get the move he desires before the end of the month.

Óscar García’s system has stood well to Reims since he took over in June 2021. Up until this season started only once had a team scored 4 or more goals against his side in Ligue 1. That tally is up to 3 after an excusable defeat to OM followed by a capitulation at home to Clermont. Before Agbadou’s red card, Les Rouges et Blancs were 2-0 up and coasting to victory. After the dismissal they conceded 4 in 39 minutes. Whether it’s a case of teams having the Spaniards system figure out or the lack of a quality outlet like Ekitiké that’s the issue remains to be seen. In either case, I fancy a home win here.

Ligue 1’s ‘Great Entertainers’ meet their potential usurpers to that title in La Mosson on Sunday. The home side have already scored 5 and conceded 8 after just two games. The visitor’s record is following a similar path having scored 3 and conceded 6. Auxerre will have that blend of exuberance and naivety that newly promoted sides have for another few weeks yet. I’d have over 2.5 goals more of a 4/6 shot in this game so the even money on offer looks good value.