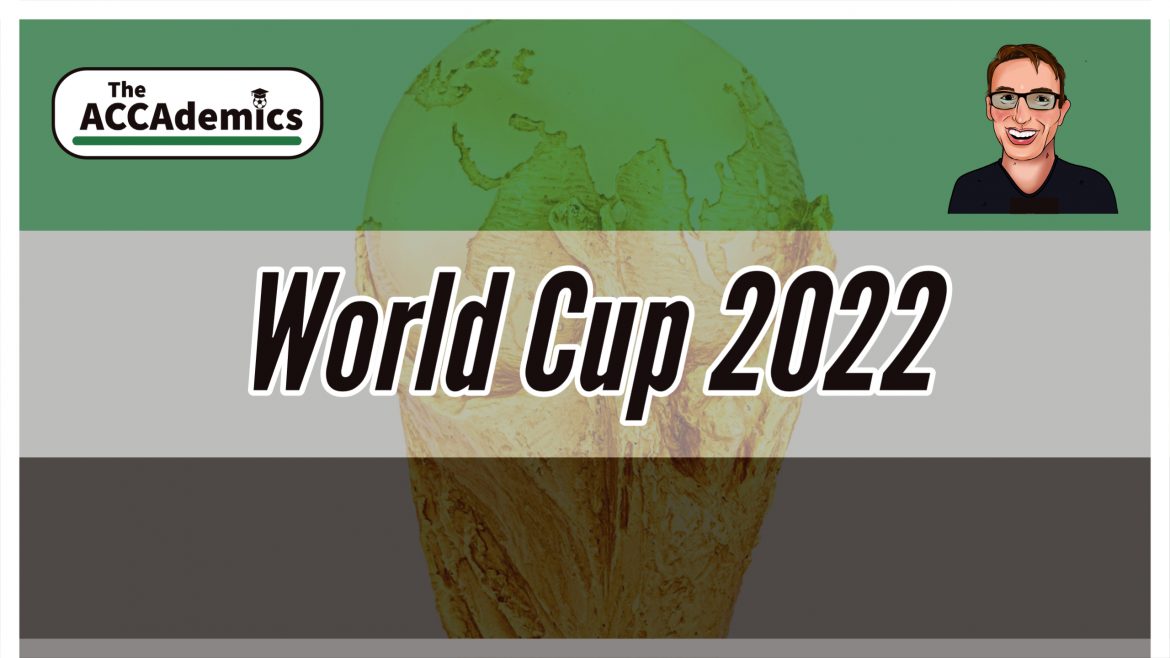 Savage selects a team of 11 players that will feature at the 2022 World Cup and who all play in La Liga.

It will come as a surprise to precisely no one that the best XI La Liga players heading to the World Cup come from just two teams. The big team have contributed a total of 19 players to various countries attending from across the globe.

In the modern style of the best teams around, especially the Real Madrid and Barcelona sides from which this team is selected, I have opted for a 4-3-3 formation where the front three are given license to rotate to accommodate the goal scoring exploits of both Benzema and Lewandowski. The Belgian Wall had an outstanding 2021/22 between the sticks for Los Blancos. He provided the platform for the defensive unit that cantered their way to the League and Copa del Rey titles. He also provided some incredible saves en route to their outrageous Champions League triumph. His personal reward for his 12 months work was to be named Goalkeeper of the Year at the Balon D’Or awards and there could be few who would deny him such a title. With each passing championship it feels like Belgium’s golden crop need to produce something of note or risk entirely squandering their generational talents. One thing is for sure if The Red Devils are to get anywhere in this competition Courtois will not let them down.

Many people may have suspected that Jordi Alba was a relic of a bygone era when tiki-taka football dominated at both the club and country level. However, the 33 year old has shown that he still has a lot of miles left on the clock. Alba still has plenty of attacking threat on the left wing but he has not lost his eye for his defensive duties. He has formed a main part of a Barcelona back four that has conceded just 5 goals in 14 matches. When Spain won this tournament 12 years ago they were positively miserly with just 2 goals against. If they are to advance deep into the knock-out stages their backline will need to rediscover some of that old magic and Alba will be key to this.

Given that young centre-back partnerships appear to be all the rage right now it is no surprise that Eric Garcia has featured so heavily for Blaugrana this season. His ability to become the first choice at both Manchester City and Barcelona speaks volumes of the 21 year old’s talents. Should he overcome his recent injury setback he could reunite with former colleague Laporte at the heart of the Spanish defense.

Despite having not played a game for club or country since the middle of September, the young Uruguayan centre back may still prove vital to his country. Fans of La Celeste will be eagerly awaiting the naming of the starting lineup for their opener against a capable South Korean side. If Araujo does pass his fitness tests he will as ever be an imposing figure that opposition sides will get short shrift from. Uruguay have a very real chance of topping their group but if Cristiano and co are to be thwarted in what could prove to be the group deciding fixture they will need one of their main men to be fighting fit with few signs of his 2 month layoff.

Jules Koundé was finally able to make his long awaited first start for Barcelona and he has been instrumental in their climb to the top of the league standings. Unfortunately his performances could not rescue his team from their spectacular exit from the Champions League. He will likely form part of an impressive French backline with the caveat that any one of them could pull up lame at any point. The Barca star missed the final 3 league matches with a muscular injury but that appears almost to be requirement for selection in the current French set up!

It is not just that Luka Modric appears to still be getting better despite having long since entered the twilight of his career. It is that no other midfielder is currently doing what he is doing while also hovering up silverware along the way. For a 37 year old playing in one of the most dynamic midfield trios in world football he still racks up an astonishing number of minutes per season. For both club and country he is a near permanent fixture on the team sheet. He will once again captain Croatia at an international tournament and should be able to comfortably get them out of the group stages and see them vying for top spot with Belgium.

Often the best players in any team are the ones that garner the attention by scoring the most goals or producing the most spectacular saves. However, when it comes to being one of the world’s best central midfielders the opposite is normally true. A case in point being this young French midfield enforcer. Following his summer arrival to Madrid he was immediately given the task of replacing one of the most decorated midfielders in history which he has with a calm assurance that belies his years. His positional awareness to shut down opposition attacks and his ability to transition from defence to attack makes him the ideal central midfielder.

Pedri was one of the few shining lights in what was an otherwise dismal Barcelona team last season and he has continued to impress again this time around. At just 19 years of age he has already reached a semi-final of a major tournament with his country at which he featured in all but 1 minute of his teams matches. With two further years of experience under his belt he is likely to provide an equally important contribution to Spain over the coming weeks.  Given that the forward line he will be supporting may be short of goals his ability to conjure one out of nothing may prove invaluable for their tournament progress.

For every lead man there is a supporting role which must also be filled. For Real Madrid and Karim Benzema that man is Vini Jr. The partnership between these players in the last year has been a joy to watch, unless of course your favoured team is playing against them. The young Brazilian has developed from a nervous and raw talent into an exceptionally gifted attacking forward who now has a lethal finishing ability. He will line-up as part of a Selecao team that should have serious title aspirations given the terrifying strength and depth in their squad. As he does for his club, Vini Jr will be playing a supporting role to another megastar for his country. But he is better equipped than ever to take on this brief.

There is not a whole lot more that can be said about Karim Benzema that has not already been said. His outstanding contributions to Madrid’s successes last year were quite rightly rewarded with his coronation as the Best Player in the World. An injury hit start to the 2022/23 season has meant he is a touch off the pace in the La Liga scoring charts. However, there is not a defender around that will want to see his name appear in the starting XI. His 5 year exile from the French setup may have contributed to his current success but he has now firmly established himself as the first choice centre forward for both club and country.

Many people may have doubted Lewandowski’s ability to adjust to the demands of a new team setup after his 8 years at Bayern. However, there can be little doubt remaining having scored 18 goals in 19 appearances for Barca so far. The dynamic Polish striker has added an extra dimension to the Blaugrana attack that was very definitely missing last year. At 34 years of age it is unlikely he will have too many more international tournaments left in him but he could see Poland into the last 16 at the very least this time around.