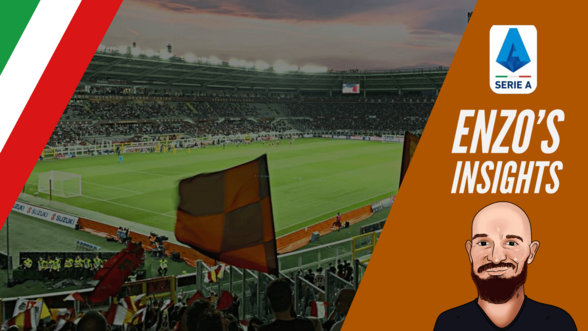 After a profitable start to the new Serie A season, Enzo returns with a couple of big price selections for matchday 2. Lecce started their 2022/23 Serie A campaign with a 2-1 loss to Inter in the San Siro. The newly promoted side couldn’t have been handed a tougher opening fixture but Marco Baroni’s team acquitted themselves well. Lecce created numerous chances and defended resolutely against what is perhaps the strongest forward line in Italian football. Were it not for Denzel Dumfries’s 95th minute header, I Salentini would have come away with a well deserved point.
Sassuolo too were on the wrong side of the scheduling lottery and were landed with an away trip to the Juventus Stadium. Unlike Lecce, the performance left a lot to be desired and they slumped to a 3-0 defeat. Last season’s success was mostly down to their attacking trident of Scamacca, Berardi and Raspadori’s ability to outscore opponents.However, of the trio only Berardi remains and as a result, the Neroverdi looked rather flat. It remains to be seen if Pinamonti can fill the very large hole left by Scamacca’s departure to West Ham.
Based solely on last weekend’s showings, a Lecce win @ 10/3 looks very generous. Whether it was top flight adrenaline or genuine talent only time will tell but at such a big price it is well worth a shot.

Empoli  were unlucky not to take something away from their opening clash with Spezia. The Tuscans created many scoring opportunities but just couldn’t put the ball in the net. Most culpable was Mattia Destro,the man tasked with replacing Andrea Pinamonti. Despite spurning so many chances Destro looked sharp and it shouldn’t be long before he gets off the mark. The upcoming game against Fiorentina should be the perfect moment to do so given that La Viola conceded twice against relegation favourites Cremonese. Mattia Destro anytime scorer @ 5/2 is definitely a price worth taking.

I tipped Verona to come undone against Napoli on Monday and was not disappointed. Hellas are a team in transition and it shows on the pitch. It will take some time before Gabriele Cioffi can develop a system to adjust to the loss of Caprari and Simeone and likewise for the remaining players to adapt to their new manager.
In contrast, Bologna remain largely unchanged. I Rossoblu went on a fantastic run at the beginning of 2021/22 which insured their top flight status before taking the foot off the gas. Despite losing their opening fixture, in what was a strange encounter that saw them and Lazio both reduced to 10 men, the signs of that early form were evident. I fancy them to get the season up and running with a home win on Sunday. Bologna win @ 6/5 will be my final Serie A bet of the weekend.