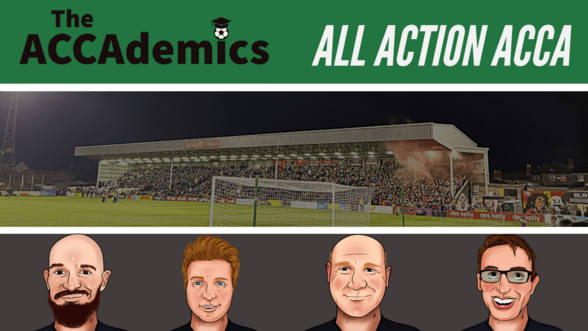 Welcome back to The All Action Acca, where each week we combine the best bets from our league specialists and create an acca across the EFL, Serie A, Ligue 1 and La Liga. Troyes drew a blank last week and Dermo expects more of the same here. At the same time Lyon enjoyed an early season and their fresh legs should see them to an easy home win. Lyon -1 on Friday night is the first pick to kick off The All Action Acca.

Click here to read the rest of Dermot’s French Fancies and Ligue 1 bets.

The Nolan Banker is back and this time it’s a straightforward Exeter win. The Grecians are two from two at St James’ Park this season, having scored 7 and conceded just 1 goal. Cheltenham haven’t scored in four games. Head over to Nolan’s Nuggets to see why this is a 4U bet for Gaz.

Click here to read the rest of Gaz’s EFL bets AKA The Nolan Nuggets.

Enzo called out Verona last week as a team in transition and was duly proved right. It’s more of the same this week for our Serie A expert as he expects Bologna to make minced meat of Verona and get their own season up and running.

Click here to read the rest of Enzo’s Insights and Serie A bets.

All the talk around Barcelona this summer focused on financing their new arrivals. Savage isn’t worried about any of that and suspects Lewandowski will get his La Liga tally goal off the ground this weekend.

The above in a four-fold is 14/1 and that is our All Action Acca this week.